Home Security Allege maltreatment of one naval rating by a senior naval officer,...

The attention of the Nigerian Military has been drawn to a video trending in some quarters alleging maltreatment of one Seaman Haruna Goshit (a naval rating) by a senior naval officer.

The Coordinator, Defence Media Operations, Defence Headquarters Major General JOHN ENENCHE in a press release on 14 July 2020 to newsmen in Abuja said in the viral video, the said naval rating stated how he was unjustly maltreated by a superior senior naval officer.

According to him, in line with global best practices, the Military High Command has commenced investigation on the viral video with a view to unraveling the true state of affairs.

He assured that the general public would be notified the outcome of the investigation when concluded. 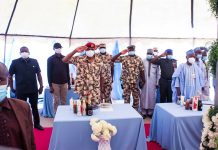 Re-Nigeria needs a Rawlings now -NDP: What NDP calling for is a combination of unpopular acts of insurrection, mutiny – DHQ 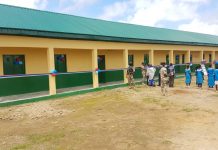 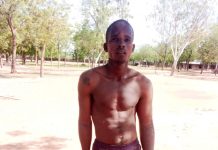