The Defence Headqaurters has commissioned boreholes in Guma LGA of Benue State.

Others commissioned are, one block of 5 classrooms renovated in Kpasho village, a borehole each at Nkindero village in Irigwe and Gagaule village a Fulani community, all in Bassa LGA of Plateau State.

The Coordinator, Defence Media Operations, Defence Headquarters, Major General JOHN ENENCHE disclosed this during a press briefing on the activities of Armed Forces of Nigeria and other security agencies involved in various operations across the country which covers the period from 17 – 23 July 2020 in Abuja on 24 July 2020. 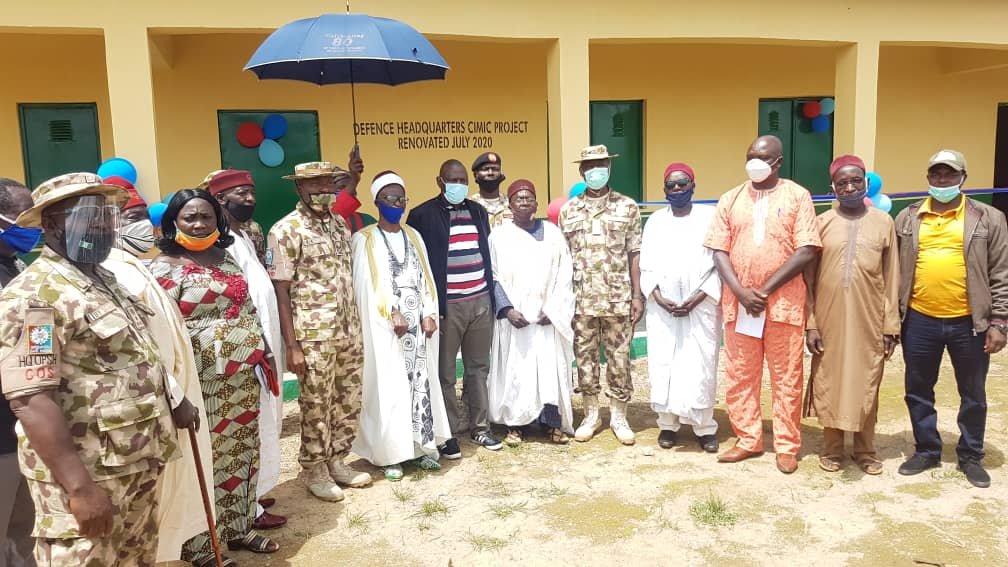 “From best practices all over the world, in Operations, in Missions and in war. You need to do something positive that would impact on the you always reached out to for information by carrying them along. You need to show them that you have cause to bear with them. The project cut across all the area of Operations” he pointed out.

The Military High Command therefore commended all the gallant troops of the Armed Forces and personnel of other security agencies involved in various operations across the country for their doggedness and commitment.

They were also encouraged to remain resolute and decisive in curtailing the activities of all criminal elements in the country.

FG flagged off BESDA in Zamfara, targets148,000 children for enrollment