Towards boosting morale of troops including pilots and engineers who are confronting Banditry, Cattle Rustling and other forms of criminality in the North West, the Nigerian Airforce has completed accommodation and infrastructure projects in Katsina, Daura and Gusau in Zamfara states.

Air Commodore Ibikunle Daramola, Director, NAF Public Relations and Information in a statement said the completed projects, which include residential accommodations and other facilities, would facilitate the deployment of additional personnel and assets to support anti-banditry and anti-cattle rustling operations under the auspices of Operation Hadarin Daji. 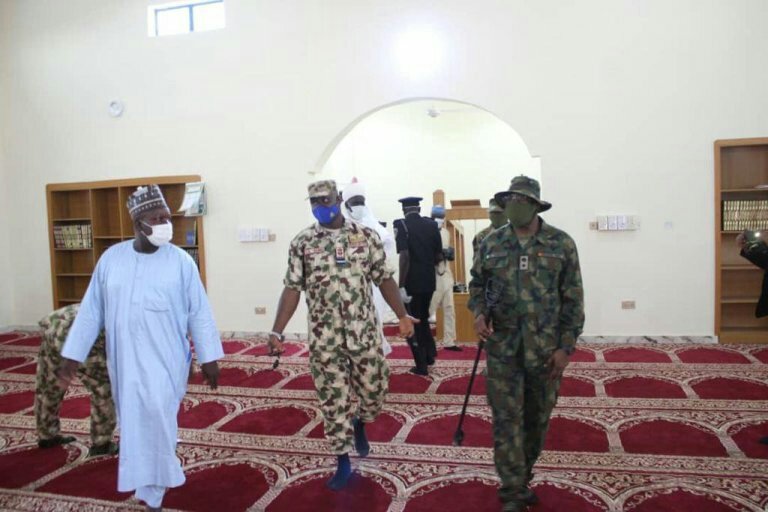 He appreciated the good people of Katsina State, especially members of the NAF’s host communities, for their hospitality and support.

In his welcome remarks, the Commander 213 FOB, Wing Commander Jibrin Abubakar, appreciated the CAS for the massive infrastructural projects which he said would go a long way in boosting morale of troops.

He stated that 213 FOB, which was established in 2016 to provide operational support to deployed air assets as well as administrative services for NAF personnel in its Area of Responsibility, had continued to provide support for effective anti-banditry operations in Katsina State.

At the 207 QRG, NAF Base, Gusau, the CAS, represented by the AOC SOC, also commissioned 2 Blocks of 10 x single bedroom transit residential accommodation for officers.

Speaking during the event, the CAS stated that the growing presence of NAF operational bases in the 6 Geopolitical Zones of the Country was in tandem with the Federal Government’s efforts to address the security challenges facing the Nation.

According to him “the establishment of 207 QRG was aimed at enhancing rapid intervention and targeted offensive operations against threats in Zamfara State and its environs”.

The CAS further stated that the NAF had embarked on aggressive infrastructural development projects to provide training facilities and decent living accommodation for its personnel.

These, he said, were executed in recognition of the fact that a highly-motivated, disciplined and professional force is imperative for success in the various Internal Security Operations in which the NAF is involved.

This, he noted, would only be possible with the right training as well as the necessary welfare incentives and motivation.

He thanked the Government and people of Zamfara State as well as members of the NAF’s immediate host communities for their continued support to the Service.

Also speaking during the ceremony, the Executive Governor of Zamfara State, Alhaji Bello Matawalle, who was represented by his Deputy, Mahadi Muhammed Gusau, commended the efforts of the NAF in addressing the welfare needs of its personnel and, especially, for its role in containing security threats in the State, which, he said, had started yielding positive results.

Earlier in his welcome address, the Commander 207 QRG, Air Commodore Adindu Ekwuribe, expressed his appreciation to the CAS for his unrelenting efforts at ensuring that the operational, logistics and welfare needs of the Unit are constantly being met.

He pledged that personnel of 207 QRG, in concert with sister Services and other security agencies, would continue to work assiduously to ensure security of lives and property of citizens within the Unit’s Area of Responsibility. 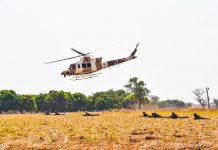 Breaking……. Troops of Op Tura Takaibang in conjunction with ATF of...