Home POLITICS Nobody born of a woman can stop Buhari from re-appointing me,” Dalung...

Immediate past Minister of Youth and Sports Development, Solomon Dalung, has announced that no one can prevent him from being re-appointed into President Muhammadu Buhari’s second term cabinet if God wills it.

President Buhari formally dissolved his first term cabinet on the eve of his May 29, 2019 inauguration for a second term in office, and Pulse has repeatedly reported that there is intense lobbying and jostling in Abuja from persons who want to play a role in the president’s second term administration.

Buhari is yet to name his second term team or make any appointment of any sort since last month’s inauguration ceremony, but Dalung tells Punch that he stands a chance of getting back in, even though opinions on his first term stewardship remain divided.

Buhari and Dalung during the first term (Guardian)

“No, there is nobody born of a woman that can stop my appointment if God wants it to be. I am not carried away by such sentiments”, Punch reports Dalung as saying during an interview session.

What Dalung aims to do differently

Dalung is better remembered for a first term in which he dropped grammatical bloopers and Freudian slips by the bucketful, angered male football teams and fell out with the football authorities time and again.

Dalung also promised to rehabilitate a dilapidated National Stadium in Lagos, but the edifice remains as abandoned and decayed as ever.

The Abuja stadium and several other sporting facilities across Nigeria were also not maintained on Dalung’s watch.

Asked what he would do differently should he return to the president’s cabinet, Dalung says:“It’s God that gives power. If He chooses again to give me power, I think I will focus more on consolidating on a very viable grassroots development architecture; I will redirect most of government’s funds to that. The professional athletes will always be compensated for representing the country, but we need to balance things.

“I hope to also de-emphasize the construction of some of the giant sporting infrastructure that we have, as well as align myself with the world by adapting to convertible methods. You can build up a sporting arena, play and still use the venue for another thing. I saw that when we went for the Commonwealth Games (Australia 2018). 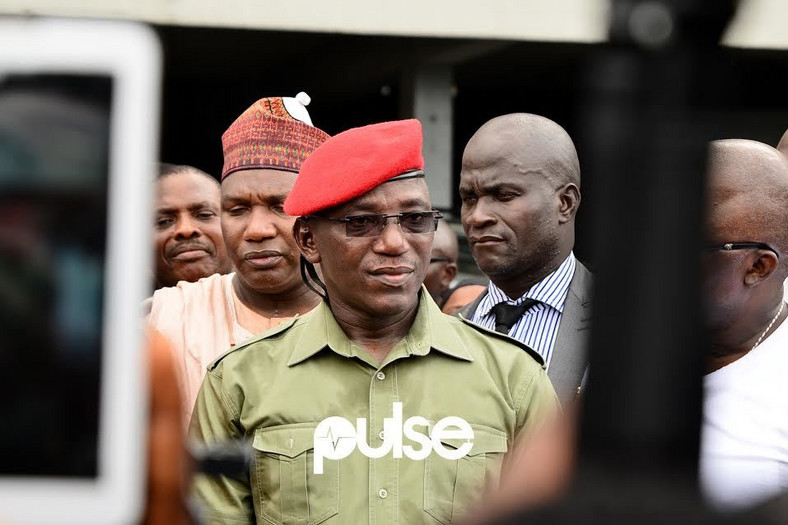 Sports Minister Solomon Dalung promised to fix the national stadium in Lagos, but nothing was done (Pulse)

“I will try to develop a workable and encompassing relationship between major sports stakeholders and the federations, including the media. I will also work closely with governors as concurrent legislative partners. I have travelled throughout this country and found that some states don’t have any stadium.

“Federations will be made to organise programs in states and embark on specialization sports, where every state will develop interest in its own sports.”

Among other things, the president told his departing ministers that “I want to put on record that your achievements in the last three and a half hears has guaranteed your position in the history books of this nation. You have certainly built the foundations for an improved economy and a more purposeful government”. 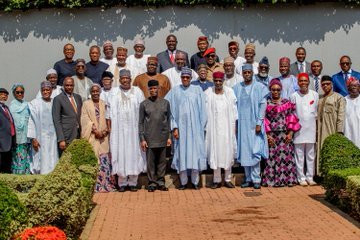 Pundits have advised the president not to take forever to assemble his next team after it took him six months to put his cabinet together in 2015.

Analysts say the president used his first term cabinet to settle political debts and appease the patronage network that underpins governance in Africa’s most populous nation.

Nigeria’s constitution allows for one minister to be named from each of the country’s 36 states, for purposes of fair representation and a reflection of “federal character”.

Hon Yakub says MFA remains window, mirror through which global community sees Nigeria but no mark departure received from Nigerians across the world

Re- Coalition of Oduduwa Descendant’s call for NiDCOM dissolution: NiDCOM is...

As at November 2020, Active telephony subscribers stood at 208 million,...