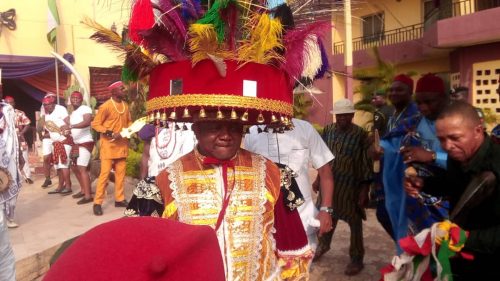 BY SUNNY A. DAVIDThe Ancient Kingdom of Aguleri has played host to thousands of visitors, illustrious sons and daughters of the community as they turned out in their numbers to celebrate the one hundred and twentieth Ovala Aguleri festival (Ovala Ovu Obi), and pay homage to Igwe Micheal Idigo for first year on the throne.The event held in Amaeze square was used to showcase the rich cultural heritage of Aguleri Kingdom.Igwe Idigo who dressed in his royal regalia accompanied by his cabinets was ushered into the arena as he danced to the tune of Ịgba Eze and Uvie music. 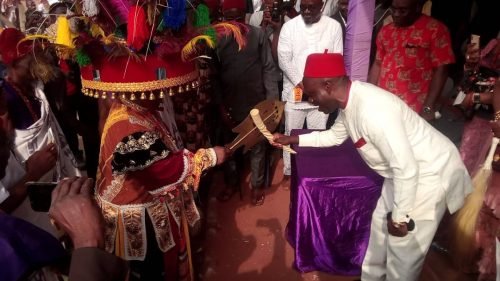 During the Ovala at Amaigwe Square, men and women of various ages danced to the beat of the traditional drummers and beating whearas different groups and families took turns to entertain the people and pay homage to the traditional ruler.In his speech Governor Obiano represented by the Anambra State Chief of Staff, Chief Primus Odili, advised the people of Aguleri to uphold peace in the community.Governor Obiano, said that it is only peace and unity that will accerelate robust development in the community.Also speaking, the Secretary to the State Government, Professor Solo Chukwulobelu, who described the event as the highest festival in Aguleri commended the Igwe for the sustenance of peace since he was crowned. 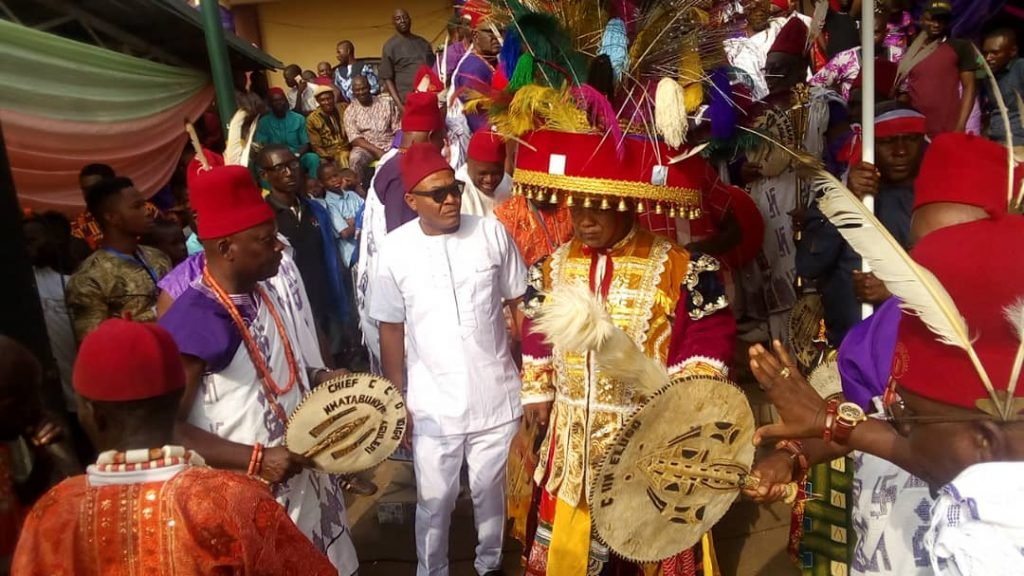 Responding, Igwe Idigo said that Ovala Aguleri Festival brings to a close cycle of festivals and ceremonies in Aguleri and also on the other hand begins the circle and herald the new year.The Igwe urged ndị Aguleri to maintain unity which typifies the theme of the Ovala, Ovuobi, stressing that it is unity and love that will take the community to an enviable height.Igwe Idigo assured to build on the legacies of his late father and the transformational leadership of Governor Obiano pledged to work for peace and good relationship in the community.Also speaking the Commissioner for works, Engineer Marcel Ifejiofor, who is also a cabinet chief, congratulated the Igwe For his marking his first year on the throne.Speaking in a homily earlier during Mass to mark the event, a visiting Priest, Reverend Father Nicordemus Aloefu, said that Ovala mass is a service of thanksgiving to appreciate God for his protection throughout the year.Present at the event were the Speaker of State House of Assembly, Honourable Uchenna Okafor, Commissioners, traditional rulers, top government functionaries and people from various walks of life.The celebration featured conferment of chieftaincy title to some dignitaries and masquerade display.

NNA-S expresses dismay over call by Coalition of Oduduwa Descendants to...