Home HEALTH Consider us in the Renovations of Public Facilities, PWDs Cry’s Out 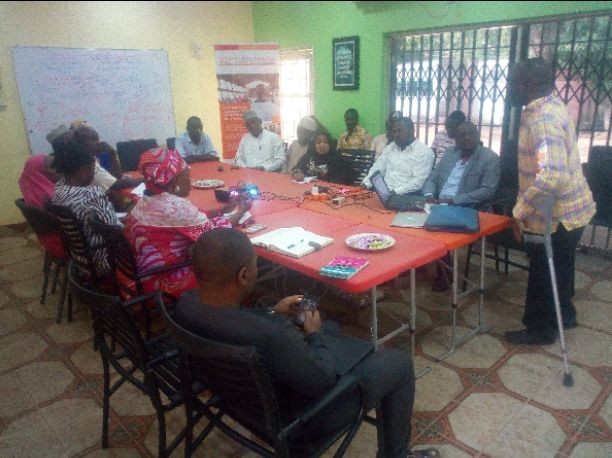 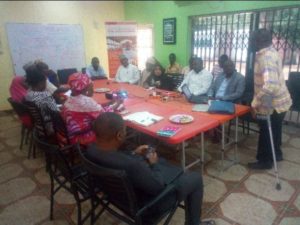 The People With Disabilities (PWDs) in Kaduna State have charged the State Governor, Nasir El-Rufai, Kaduna State House of Assembly and other stakeholders to put them into consideration in the ongoing renovation of public facilities in the state.

They made the appeal during a gender and social inclusion dialogue meeting towards achieving quick wins on renovation of public facilities in the state over the weekend.

The Executive Director of a Non-Governmental Organization ‘Aid Foundation’ Mr. Bonet Emmanuel who called for the meeting informed that the meeting became necessary because the state is renovating some of its facilities but may not have taken PWDs into consideration to ensure that the physical public facilities being renovated are accessible to by persons with disabilities.

“We believe that we can achieve some great quick wins while the renovation is still on with partnership with your organizations with a little modification. We therefore called for this technical meeting to fashion out modalities for a cost-effective intervention.

“For example, there are special hand-held water pump, toilet facility, ATM, portable lift or manually folding ramps that can be used on all transit vehicles and trains – designed for PWDs for increase access.

“It is our believe that this initiative would bring about greater citizens inclusion and increase Kaduna State’s rating in the international front on good practices on increasing access for PWDs”, he opined.

Speaking, a member of Joint National Association of People with Disabilities (JONA-PWD), Hajia Rahmatu Ahmad narrated how she had to climb a three story building during her undergraduate days at Kaduna Polytechnic.

“Over the years, government has not been considering us in its plans when it comes to public interventions. I remember very well while I was studying in Kaduna Polytechnic, I was having my lectures at third floor.

“It was a hell of kind for me because it took me a lot of energy, courage and determination to climb the up-hill every day because my lectures are fixed between 7 am and 4 pm.

“No toilet facility up there and that means going down to climb again or I remain pressed until 4 pm when I would go down stares for my practical.

“Though I complained but they told me there was nothing they could do about it and that has not changed. That singular experience was enough to deny PWDs access to education”, she said.

Also a visually impaired broadcaster with the Federal Radio Corporation of Nigeria (FRCN) Kaduna network center, Mallam Salisu Ibrahim explained how difficult it was for PWDs to use social facilities like borehole, worship centers, public transport, ATMs among others.

“It is painful that PWDs are not recognized here in Nigeria as seen in other climes where you can walk kilometers with your white cane without fear. But here in Nigeria, people will push you or your cane without apology. We are also members of the society just like every other person”.

He then called on the state government to include PWDs in its agencies so that everyone would be considered while developing any developmental plan for the state saying, they should be put into consideration in the planned Bus Rapid Transit (BRT) in the state.

However, at the end of the meeting, Kaduna State Facility Management Agency (KADFAMA) promised to partner with CSOs in Kaduna to campaign for the PWDs to gaining access to Public facilities, support the state to conduct census for the PWDs in the 2nd quarter of 2018.

This was the first time stakeholders including government officials, building engineers, architects; civil society organizations (CSOs), corporate organizations, the media and PWDs would be meeting to discuss how these groups of members of the society can be considered in building and renovation of public facilities in the state. 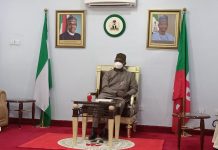 As at November 2020, Active telephony subscribers stood at 208 million,...