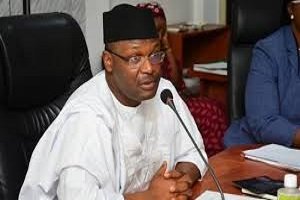 The Chairman, lndependent Electroal Commission (INEC), Professor Mahmood Yakubu has disclosed that a total of 14 out of 18 political parties have nominated 110 candidates for Chairmanship/Deputy Chairmanship positions and 362 candidates for 2022 FCT Area Councillorships Election.

The INEC Chairman made the disclosure in his speech during the Second Quarterly Meeting with Political Parties at INEC headquarters Abuja on Thursday.

He reminded political parties about the recent letters written to them by the Commission on the imperative of complying with the provisions of the law as well as our regulations governing the conduct of party primaries and nomination of candidates.

According to him, the  Commission is not happy that candidates for elections are now being determined through litigation long after elections have been concluded and winners declared by INEC.

Professor Mahmood noted that the problem lies squarely with the conduct of party primaries and nomination of candidates by some political parties.

He  enjoined them to hold themselves to the same high standard of free, fair, and credible elections that they hold INEC in all elections and ensure strict compliance with their party Constitutions, the law and the Commission’s regulations and guidelines on party primaries in particular and the management of party affairs in general.

“May I also draw your attention to your obligation under Sections 92 (3) and 93(4) of the Electoral Act 2010 (as amended) which require political parties to submit to the Commission their election expenses reports within six months and election contribution report within three months after the declarations of result of an election.

” We have reminded political parties of these obligations in respect of the Edo and Ondo Governorship elections held last year. However, only seven out of 14 political parties have responded in the case of Edo State and 8 out of seventeen for Ondo State.

“We eish to remind political parties of the consequences of the failure to do so as enshrined in the Electoral Act. We therefore expect all defaulting parties to comply in earnest as you prepare for forthcoming elections.

“As I said earlier, the main purpose of this meeting is to consult with political parties on the resumption of the CVR exercise. We look forward to a robust discussion that will improve the exercise believing, as we all do, that the register of voters is at the heart of credible elections.

“On behalf of the Commission, I would like to express our appreciation once again to leaders of political parties for your support. I want to reassure you that the Commission will continue to consult you on matters critical to the consolidation of our electoral process. Infographics containing the summary of the new distribution of polling units in Nigeria is contained in your folders for this meeting. We believe that political parties will use the information in planning for future elections, including the nomination of your polling agents for elections.

“Closely tied to the expansion of voter access to polling units is the resumption of the Continuous Voter Registration (CVR), including the creation of a portal that will enable Nigerians to commence their registration online before concluding the process physically at designated centres. T

“The Commission has fixed Monday 28th June 2021 for the exercise to commence nationwide. The CVR will be a major issue for discussion at this meeting. The Commission will demonstrate to you how the proposed online registration will proceed, including a presentation of the new INEC Voter Enrollment Device (IVED).

“As you are aware, a number of bye-elections and major end of tenure elections are scheduled to hold before the 2023 General Election. This weekend, two bye-elections are holding in Kaduna State for the Sabon Gari State Constituency in which five political parties are fielding candidates and in Jigawa State for the Gwaram Federal Constituency where ten political parties are participating.

“We have concluded all arrangements for these bye-elections, including the sensitive materials that will arrive today in the two constituencies. So far, the processes have been rancour-free.

“We urge you to appeal to your candidates and supporters to maintain the current peaceful atmosphere. For the outstanding bye-elections, I want to assure you that as soon as vacancies are declared by the Hon. Speaker of the House of Representatives, we will release the timetable for the Jos Noth/Bassa Federal Constituency of Plateau State and the Lere Federal Constituency of Kaduna State.

“Again, as you are aware, the Commission has already released the Timetable and Schedule of Activities for the Ekiti State Governorship elections holding on 18th June 2022 and that of Osun State holding on 16th July 2022. Copies of the timetable have been sent to your various offices officially, but we have also included the infographics in your folders for this meeting.

“The purpose of the advanced notice for the two elections is to provide you and other stakeholders ample time to prepare for the elections as we have done in similar situations in the past, the latest being the Anambra Governorship election and the Area Council election in the Federal Capital Territory (FCT).

” In respect of the Anambra State Governorship election, all the 18 political parties have expressed interest to participate and have scheduled their primaries for the election in line with the dates provided for in the Timetable released by the Commission. 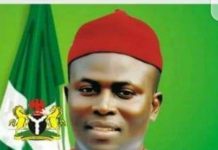 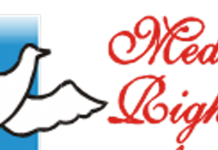 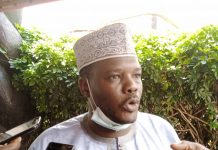 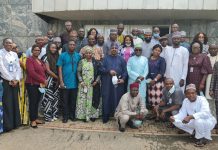 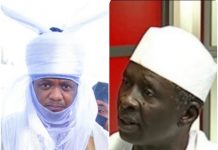