Niger state Government has signed Memorandum of Understanding with Dangote Group worth $450 million (N166 billion) for the setting up of an Integrated Sugar Cane Plantation and a Sugar Refinery Plant in the state.

Disclosed to newsmen by the Chief Press Secretary of the Niger State Governor, Jibrin Baba Ndace, the Governor  said the multi-million dollar project is billed to be sited on 16,908 hectares of land in Lavun Local Government area to the state.

Governor Bello who also eulogized the foresight of the Dangote Group in investing in the state noted that the project would be of great benefit to the state as it will provide job opportunities, basic amenities to host communities and improve their economic base as certain percentage of the sugar cane from communities would be purchased by the company.

“The mutual benefit drivable for both parties in this project is enormous, especially if we take advantage in the sugar cane value chain. It will not only provide thousands of jobs for our youths, but also provide some social amenities for the host communities through the company’s corporate social responsibilities.

“The company has also agreed to purchase up to 30% of their sugar cane requirement from the host communities integrated into the project,” the governor stated.

He however called on the people of the state to ensure that all hands are on deck to ensure the success of the project while appealing to other prospective investors to consider the state as the government has made the environment a safe haven for investors and businesses to thrive.

Earlier in his remark, Alhaji Aliko Dangote informed that the Company had already acquired some hectares of land in Lavun local government area of the state to commence sugar cane plantation and produce 12,000 tons of Sugar cane per day.

“The project is to be located in the Lavun local government area of the state and it will involve the development of a sugar cane plantation of about 16,000 hectares which will be supplemented by out grower scheme to produce 12,000 tons of cane per day. This will be crushed and refined into high quality white sugar”.

President of Dangote Group also said in addition to the refined white sugar to be produced by the plant, other bye-products such as electricity, ethanol, and animal feed would also be produced in the plant.

He added that the company is working with the state government to establish a large scale rice milling factory in another part of the state to enable it process about 200,000 metric tons of paddy rice.

According to the industrialist, the company ventured into agriculture because it believe that “it is a key sector that contributes immensely to the industrialization of any nation”, adding that it was “in line with our desire to add value to the economy of creating jobs”.

Alhaji Aliko Dangote assured the Niger state government that the project would commence as soon as compensations are paid to the host communities by the end of September.

In his contribution, the Estu Nupe who is also the Chairman, Niger State Council of Traditional Rulers, Alhaji Yahaya Abubakar who promised maximum support of the host communities called on Dangote Group to hasten up the commencement of the project stressing that it would improve the living standard of the people in the area. 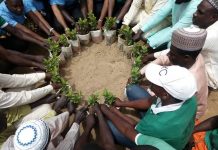 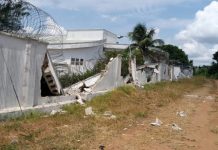 Abba/Ukpo Land Tussle: tension mounts as another property is destroyed 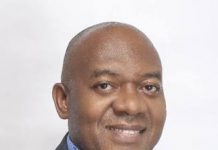 Media Practitioners urges to use digital technology to promote efficiency 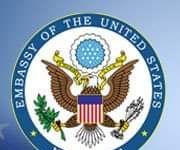 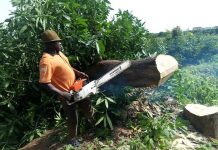 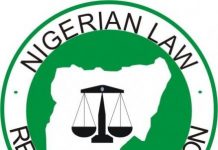 Abba/Ukpo Land Tussle: tension mounts as another property is destroyed

FRSC Cautions Against Reckless Driving, As 11 Persons Escape Death In...

Media Practitioners urges to use digital technology to promote efficiency